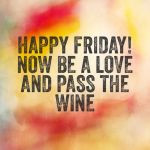 Why Geekology 101 you ask? Well, my horizons they are expandin', and I have discovered that I have barely scratched the surface of the amazing stories and avenues to explore. Want to take the journey with me? END_OF_DOCUMENT_TOKEN_TO_BE_REPLACED
This entry was posted on Friday, March 28th, 2014 at 4:39 pm and tagged with 30 Seconds to Mars, Academy Award, Artifact, Grand Budapest Hotel, Happy, Jared Leto, Nerdist, Netflix, Pharrell Williams, Shannon Leto, Weekend, Wes Anderson and posted in Music, Photos. You can follow any responses to this entry through the RSS 2.0 feed.
« Captain Jack Harkness…I’m Not Surprised. Are You?
This Is A Different Thing All Together »